Magazines exhibiting the latest models, television ads telling you what products to buy to make yourself look better, young girls making actresses their role models. Media plays a central role in depicting how one should look to conform to society. These portrayed images are often unattainable in real life. Yet, young girls strive to look like these models that are actually being photo shopped on the cover of these magazines. It is incredible what lengths people will go to in order to obtain this inaccessible goal. 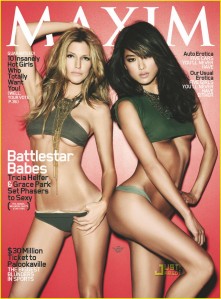 The South Carolina Department of Mental Health estimates that seven million women have an eating disorder. One in 200 women suffer from anorexia, and two to three out of 100 women suffer from bulimia. These eating disorders have the highest mortality rate of any mental disorder. Even more astounding are the statistics for adolescents. 95% of those with eating disorders are between the ages of 12 and 25. Half of girls between 11 and 13 years old consider themselves overweight. 80% of 13 year olds have tried to lose weight.* 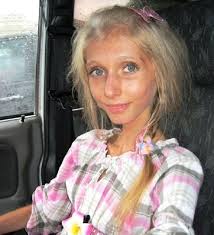 However, what is further overlooked is the effect of media on boys and men. Approximately one million men suffer from an eating disorder. An estimated 10-15% of people suffering from anorexia or bulimia are males.* 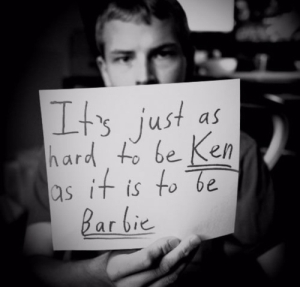 Just like young girls, boys are susceptible to the idea of the “perfect” man portrayed through the media. They strive to have the fit body of Channing Tatum or the muscles of John Cena, though these figures only represent about 1% of the entire American population. 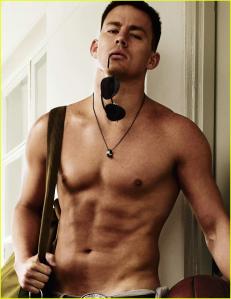 For many years, commercials were aimed at women. Telling them what lotions to use or what hair color products, with companies L’Oreal coining the phrase “because you’re worth it” to entice the audience to buy products that will make them look better in the eyes of society. However, there has been a recent wave of new commercials. This time the intended audience is men. Now, there are products for coloring men’s hair. Also, commercials such as for Axe show a male how using their product will make them so attractive they will have to fight to keep girls away.

It seems to be a crucial point to re-examine the immediate effects media has on society. However, some critical points have to be considered: what came first, media portrayals of people or societal views of people? Should the blame fall on the media or on the parents?

The first of these questions is very hard to decipher. It is much like the common question, which came first the chicken or the egg?  Does the media determine societal views or is it societal views that determine what is shown in the media? Also, is it fair the lay the blame solely on the media? Shouldn’t parents be actively teaching their children the difference between ideologies and reality? This way, children will realize that there is no such thing as “perfect” and that everyone is an individual who should not have to conform to society. Whatever the case, a change of societal ideals of what one should look like needs to occur in order to protect America’s youth.

*All statistics found at http://www.state.sc.us/dmh/anorexia/statistics.htm

This entry was posted in Uncategorized. Bookmark the permalink.

18 Responses to Media and Society